Danger Crew Best and Worst Decisions: Having a Feedback Form

This is part of a series of posts documenting our best and worst decisions in the development and release of Danger Crew. These thoughts serve to help me remember things for future developments - I hope you find value in them, too!

One of the last minute features we added was a “Give Feedback” mechanism in the main Pause Menu. It was Glenn’s idea… 1000% worth the few hours of development time it took to make. 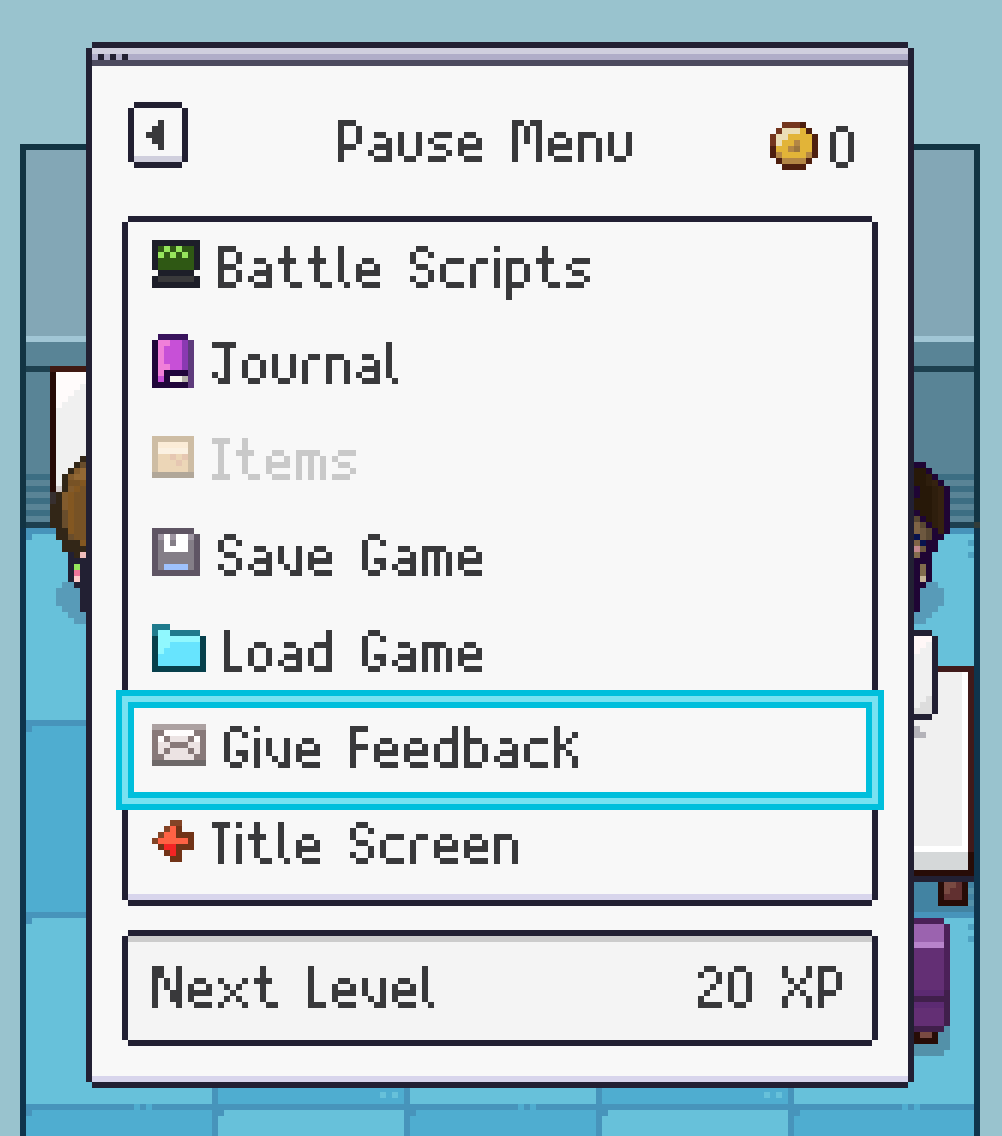 Selecting this option presents a simple textbox form to the player. Submissions are sent directly to our developer inbox. People have been writing in about all kinds of stuff:

It’s handy to have this form available within the actual game so people can send us messages in the raw moments as they experience something. These bits of feedback give us direction for quick patches and future updates. We pushed patches every single day for a week after launch with many little (but impactful) fixes driven by the feedback form.

It’s pretty critical to understand which ideas are working and which ideas need some love. It’s easy to “miss the forest for the trees” when you’re in the day to day trenches of building something. While it can be painful, feedback from new players helps keep you grounded and provides a compass for you to make a better game. I recommend highly having some kind of forum for feedback in whatever you’re making.

Our feedback form could be better

The initial implementation of the feedback form was a big win for us. It’s pretty straightforward and people are actually using it. However, the one bummer (at the moment) is that the messaging is a one way street. When people write to us, we don’t have a way to write back unless they include their email address.

A “2.0” version of the feature could be more like a chat thread where we could send messages directly back to the players. Like, “Hey, thanks for finding that bug! We just pushed a fix!“. Right now we just post to our Steam Community and hope the person sees it. Maybe we’ll update this feature in the future.

Danger Crew is out now!

I worked for three years on this RPG about being a programmer at a company.

This is my dog, Kenobi.

I had a link to some content here, but I took it down for now. I left this widget here beacuse I didn't want to remove Kenobi from the page.

← Back to all posts